Abraham Joshua Heschel School is named to honor the memory of one of the great rabbis of the 20th century. Rabbi Heschel was born in Poland into a Hasidic dynasty and spent his early years immersed in Jewish texts. As a young man in Germany, he received a Ph.D. in philosophy while studying and teaching at both Orthodox and Reform rabbinical seminaries. His involvement in the broad spectrum of Jewish thought reflected his belief in the importance of bridging disparate worlds and of educating people to internalize religious tradition in a meaningful way.

Rabbi Heschel believed that Jewish observance nourishes the Jewish soul and creates a spiritual impulse toward social justice in all communities. He translated this belief into action through involvement in the earliest days of the Civil Rights and Soviet Jewry movements. For Rabbi Heschel, the classical texts of our tradition provide laws that structure behavior, and the interpretive writings of our tradition provide poetry for inspiration and reflection. The Heschel School is dedicated to the principles that characterized Rabbi Heschel’s life.

The creation of the Abraham Joshua Heschel School was spearheaded by founder Peter Geffen in 1981. Together with educators and lay people from a broad spectrum of the Jewish community, they worked to project a vision for a pluralistic Jewish school. In the fall of 1983, The school opened its doors to twenty-eight students with the commitment to offer a first-rate education in a diverse, pluralistic, Jewish environment.

Today, with nearly 1,000 students in nursery through grade twelve, The Heschel School continues to be nationally renowned for the values and ethics upon which it was established. We remain dedicated to our early vision to create a learning environment that exemplifies excellence in education, appreciation of the needs of the whole child, commitment to Jewish life, and responsibility to Jewish and world communities. 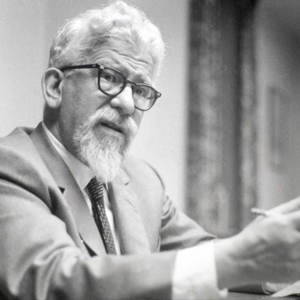 "Above all, remember that you must build your life as if it were a work of art."
― Abraham Joshua Heschel