Heschel is proud to have alumni around the world with impressive accomplishments, both personally and professionally. We will be posting these spotlights regularly and encourage you to share your stories with us. Please contact us at alumni@heschel.org for more information or to send us your spotlight.

Jake Bohrer and Jesse Abed ('19) have always been good collaborators. They were both captains on the championship varsity basketball team of (2019) together and enjoyed partnering on small business ideas, like reselling sneakers and sports memorabilia. So when Jake had an idea for an app which allows people to enter chat rooms based on their current location and communicate with those around them, Jesse, who attends Tulane University, was an obvious choice for his business partner. The pair have a third partner, Aaron Levine, who is Jake's roommate at Indiana University. The two came up with the name Shmooz, a common Yiddish term, which was colloquially used in both Jake and Jesse's households growing up. However, when asked what the word means to them, Bohrer and Abed had a different response, "The meaning of the word Shmooz is to be able to communicate with those around you." Useful for interacting with fellow fans at sporting events, socializing with others at bars or restaurants, or even sending messages in emergencies, Jake additionally noted its utility in the time of Coronavirus. "It's a good platform for where we're at right now as a society with COVID," Jake said in an article in the Indiana-Bloomington University news. "Somebody might not feel comfortable tapping somebody on a shoulder [in person], but they might feel more comfortable communicating with them at first over this platform."

Jake and Jesse are 50/50 partners and have self-funded their app; Jake, an advertising major at the Indiana University Bloomington Media School, deals with marketing campaigns, advertising, social media strategy, and other administrative work while Jesse deals with the program's IP, manages the finances, and liaises with attorneys and developers. Jake and Jesse are marketing the app within Indiana University's campus, and are intent upon the message that Shmooz is different than other apps. It allows for users to communicate in one moment in time, creating a unique live chat with people in a .2 mile radius.

For more information, check out the Indiana-Bloomington article written about Shmooz, as well as their Instagram page. 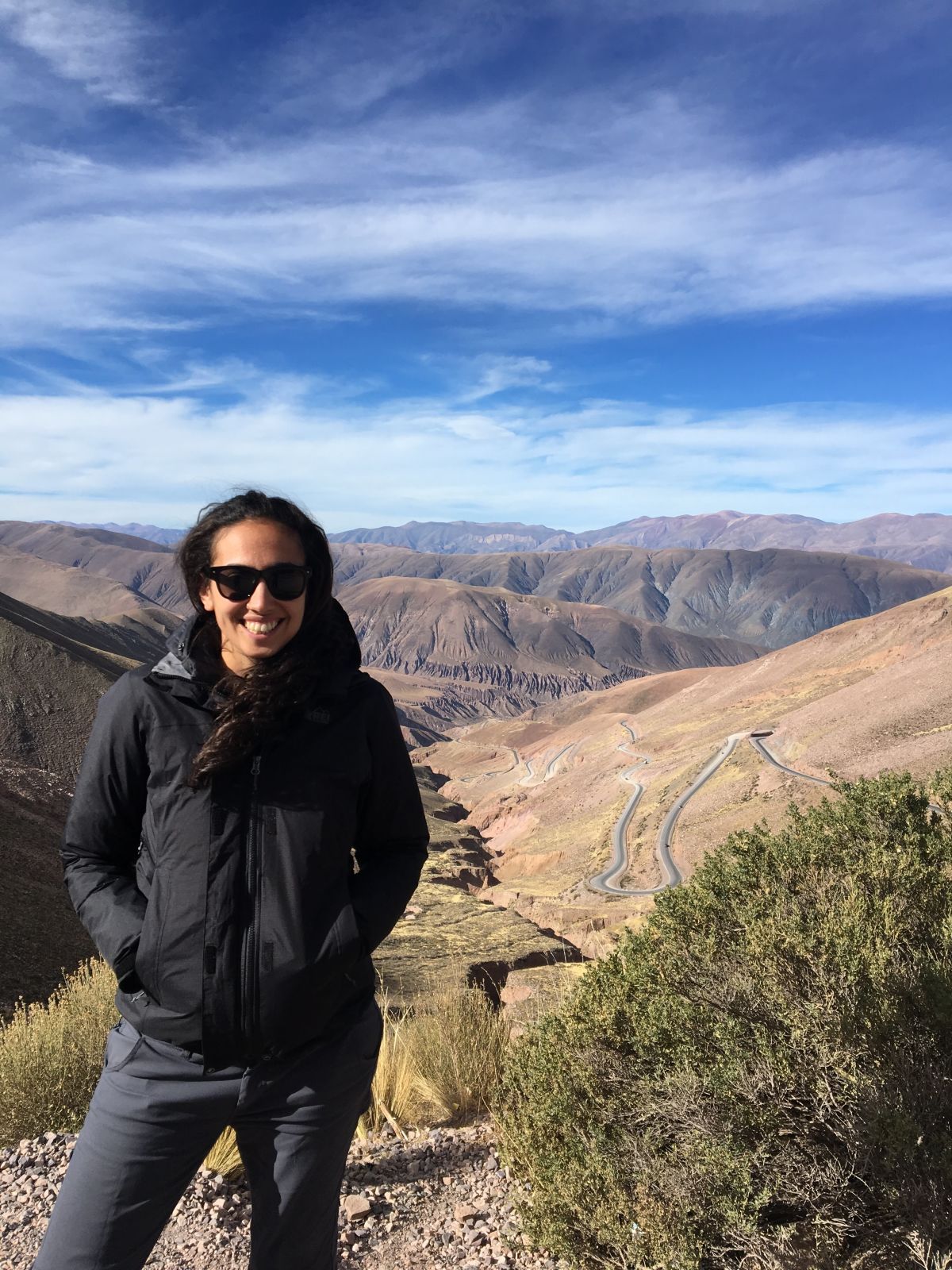 Mickey Bronstein (HS '06) has spent her time during the pandemic working on immigration and anti-racism action. Mickey volunteers with the Young Center for Immigrant Children's Rights, a nationwide non-profit organization which seeks to aid undocumented immigrant children who have crossed the border by themselves by providing them with a social worker, an attorney, and a caseworker to help with safe and legal integration into the United States. "The idea is to build a strong relationship of trust with the children," Mickey explains. "The volunteers act as extra eyes and ears, and write case notes after each meeting, so that the people in charge of making decisions for the child can make the best case for them." Through this work, Mickey says that she has learned a lot about the complexities of the immigration system, and has gained a further understanding of the importance of advocacy for those who have others making decisions for them.

She has been working with the same teenager for one hour a week since February, completely remotely since the onset of the pandemic. "We spend a lot of our time doing geography quizzes. He loves ancient history and he's really competitive," Mickey says. "One of the challenging things is that he's turning 18 very soon and he'll no longer be considered a minor. He'll be moved to another facility, like an adult detention facility where the conditions are very poor, so there's some anxiety there, but he's got a great case worker so we're hopeful."

Mickey has also been engaging in anti-racism teachings and facilitations. Through working with fellow alumni from her alma mater, Colby College, Mickey spent time learning and gaining tools to teach her family and friends the essential work of anti-racism advocacy and education. This includes collecting resources on anti-racism, and unpacking terms like white privilege, microaggressions, and appropriation. "We had a really great conversation," she says.

For anyone interested in volunteering for the Young Center for Immigrant Children's Rights or learning more about facilitating conversations on inclusion and anti-racism, feel free to reach out to Mickey at micaelabrons@gmail.com. 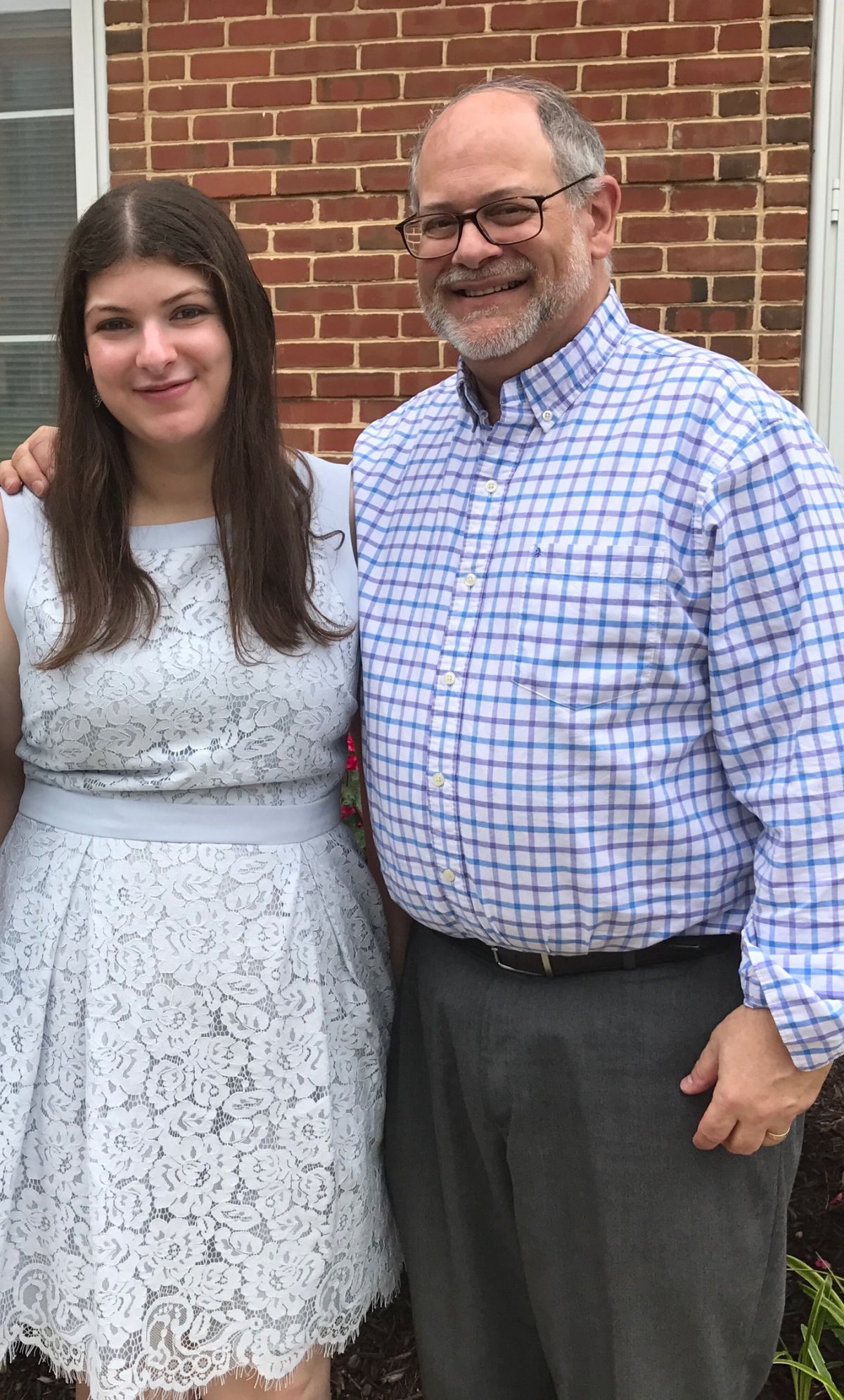 In May 2020, Ariana Geller's ('13) father was diagnosed with leukemia. "It was very out of the blue," Ariana says. "He was getting some blood work done. He had no symptoms or anything." While May 2020 was not an easy month for anyone, the Geller family had to reckon with a sudden serious health issue that had nothing to do with the current COVID-19 pandemic. "A month or so later, [my dad's] doctors started talking to him about bone marrow transplants and that it was the best way to start curing the cancer," Ariana explains.

The hospital where Ariana's father was getting treatment works with an organization called Be The Match, which is a donor bank for bone marrow and blood stem cells. And luckily, while working with the organization, Ariana learned how simple it is to sign up to be a bone marrow donor and to save lives. "My main priority is to get people to sign up," Ariana says. The Geller family has a personalized QR code from Be The Match which donors can use.

"Once you sign up, they send you the kit to your house," Ariana says. "It's very convenient, especially during COVID, because you can do the swabbing yourself... we have about 350 people signed up to receive the swab kids, and 159 have been fully processed so far." Additionally, Ariana says that by adding to the Be The Match donor base, you can help families that are caught off guard by a cancer diagnosis like the Gellers.

There's also something special about using the Geller's QR code. "I had this idea while we were watching the news on Brionna Taylor and George Floyd's deaths and hearing about the Black Lives Matter protests, and I wanted to give back to a community that's been struggling for years," Ariana says. "My dad had also just read Just Mercy by Brian Stevenson, so he wanted to donate to the Equal Justice Initiative."

If you sign up for Be The Match using the Gellers' QR code, the Geller family will donate $5 to the Equal Justice Initiative for up to $1,000. 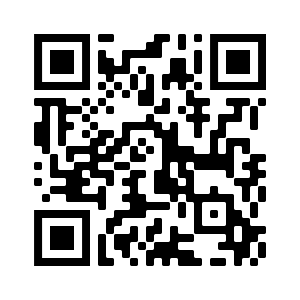 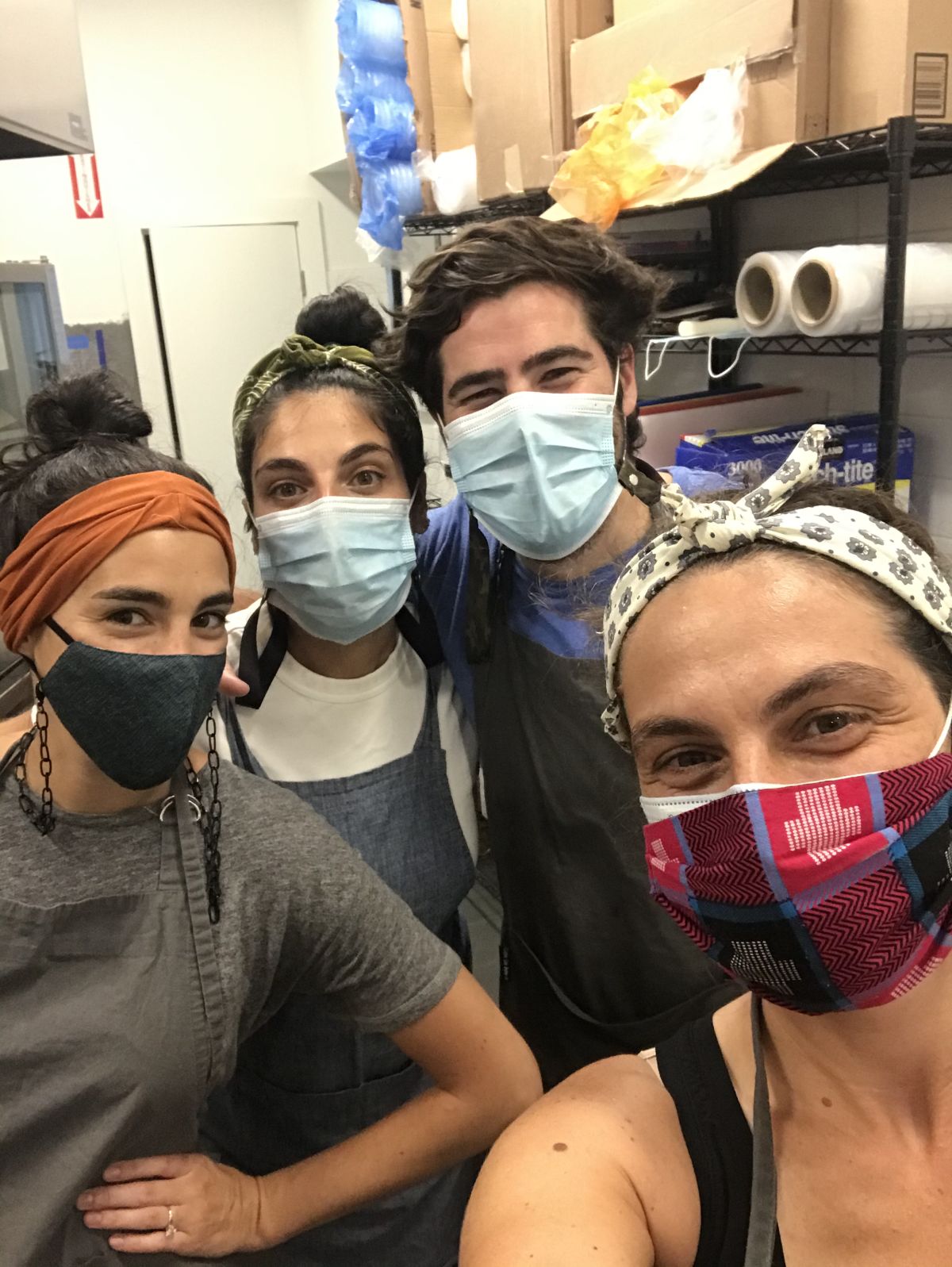 A graduate of Bishulim Culinary Institute of Tel Aviv, Raisie Saad (HS '07) opened CedarStar Catering five years ago in Ditmas Park, Brooklyn. "It's food that I grew up eating," Raisie says. "It's Lebanese-Jewish food, but it's cooked with an appreciation for modern cuisine. I take influences from things that I like to eat when I go out, from traveling, from living in New York." CedarStar Catering was never meant to be a full restaurant; so Raisie and her husband signed the lease for a casual counter-service-style eatery last March. The COVID-19 pandemic started the same week, and two weeks later, Raisie found out that she was pregnant. "When COVID hit, we had to rethink what we wanted to focus on. We were thinking about catering, and a lot of our business was office lunches, which obviously wasn't happening anymore."

So now Raisie is focusing on Shabbat meals, holiday meals, and family dinners "for people who want to stock their freezers with homestyle Middle Eastern food." Everything is homemade by Raisie, though she does get help from her family.

"It's also a family company," Raisie says. "All of my family has helped me build the space, and my mother will come and help me roll kibbeh [a Middle Eastern meat ball with spices and bulgar]." Raisie already cooks for some Heschel families and alumni. Last year, she catered a Heschel alumni event.

Her most popular dishes? "I definitely think that the Mezze Platter is something special," she says. "It's kibbeh, lahmbajeen, and panko-crusted chicken nuggets. People also love the kale bourekas, which is kale and caramelized onion inside puff pastry. And I love all of my dips. The hummus is homemade and we use really good tahini, and the babaganoush is made with roasted eggplant."

While she caters for holidays and did many orders for the High Holy Days, Raisie says that many clients order Shabbat dinners. "I'm hoping that after I give birth and take a little time off that I'll open up the spot in Brooklyn for takeout," Raisie says. In the meantime, CedarStar Catering is open for orders. Visit the website here.

Tali Schulman ('11) currently lives in Tel Aviv and is the Operations Manager for Papaya Global, a full encompassing solution for global payroll and employment. Tali joined Papaya Global in 2016 and was the first employee hired. Over her three years with the company, she has seen the company grow to nearly 100 employees worldwide. Tali has built Papaya's data entry team from the bottom up, creating and implementing processes, recruiting, hiring, and managing all aspects of the team. She is also involved in product development and managing the company's internal growth.

After graduating Heschel, Tali joined the IDF and attended IDC Herzliya. She says that "Heschel taught me problem solving skills that helped me through my experience in the IDF, and have continued to be advantageous throughout my career. I continue to appreciate the way that Heschel educated me to think for myself and ask questions."