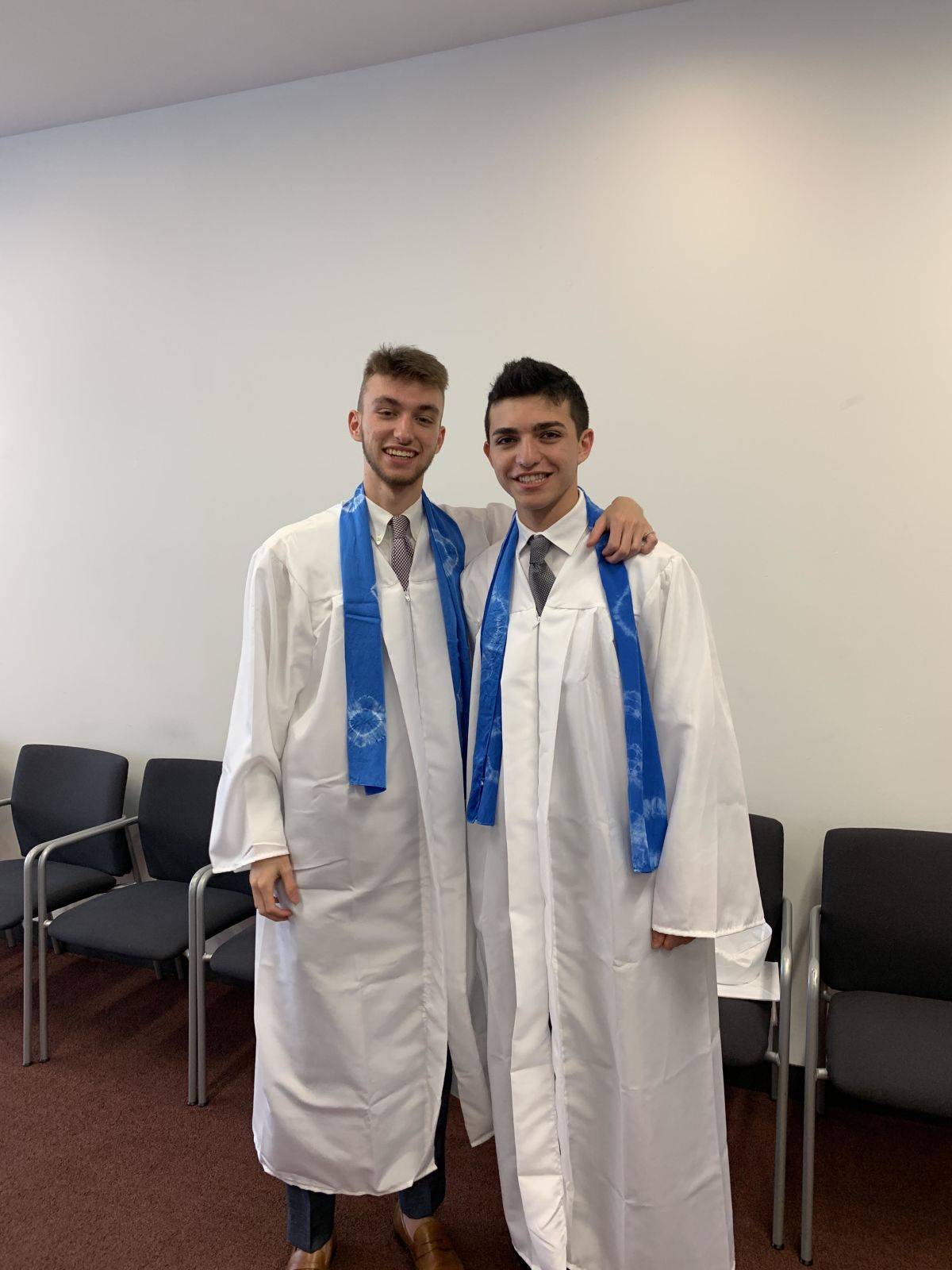 Jake Bohrer and Jesse Abed ('19) have always been good collaborators. They were both captains on the championship varsity basketball team of (2019) together and enjoyed partnering on small business ideas, like reselling sneakers and sports memorabilia. So when Jake had an idea for an app which allows people to enter chat rooms based on their current location and communicate with those around them, Jesse, who attends Tulane University, was an obvious choice for his business partner. The pair have a third partner, Aaron Levine, who is Jake's roommate at Indiana University. The two came up with the name Shmooz, a common Yiddish term, which was colloquially used in both Jake and Jesse's households growing up. However, when asked what the word means to them, Bohrer and Abed had a different response, "The meaning of the word Shmooz is to be able to communicate with those around you." Useful for interacting with fellow fans at sporting events, socializing with others at bars or restaurants, or even sending messages in emergencies, Jake additionally noted its utility in the time of Coronavirus. "It's a good platform for where we're at right now as a society with COVID," Jake said in an article in the Indiana-Bloomington University news. "Somebody might not feel comfortable tapping somebody on a shoulder [in person], but they might feel more comfortable communicating with them at first over this platform."

Jake and Jesse are 50/50 partners and have self-funded their app; Jake, an advertising major at the Indiana University Bloomington Media School, deals with marketing campaigns, advertising, social media strategy, and other administrative work while Jesse deals with the program's IP, manages the finances, and liaises with attorneys and developers. Jake and Jesse are marketing the app within Indiana University's campus, and are intent upon the message that Shmooz is different than other apps. It allows for users to communicate in one moment in time, creating a unique live chat with people in a .2 mile radius.

For more information, check out the Indiana-Bloomington article written about Shmooz, as well as their Instagram page.