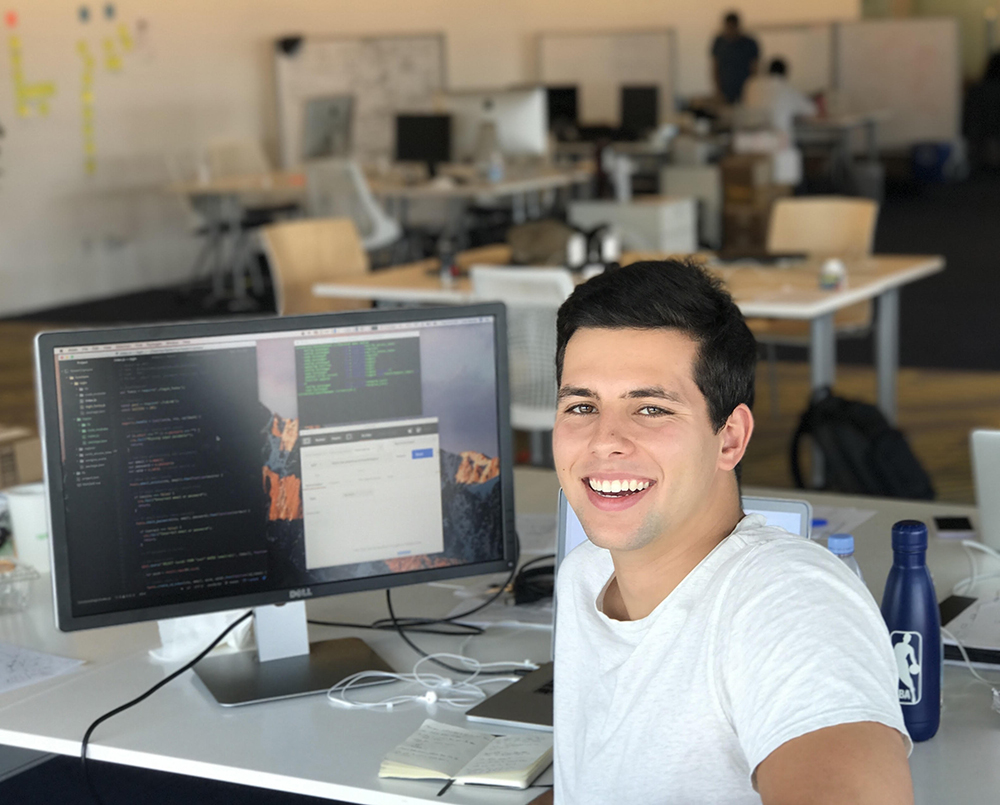 Luis Serota (HS '12) is the Co-Founder and Chief Technology Officer of Speech Up, an affordable and accessible platform that digitizes the speech therapy process by providing exciting games and challenges that children can play and solve by pronouncing words correctly. Before founding Speech Up, Luis attended Hamilton College where he received a B.A. in Computer Science and then went on to pursue a Masters of Engineering in Computer Science at Cornell University.

Early into his masters program at Cornell, Luis and his co-founder David Cheng were placed together at random to work on a challenge posed to them by Google's research team. While working together, they quickly learned that they both attended speech therapy as children. They discussed the tedious, yet effective hours they spent working on their speech, and how fortunate they were that their families were able to afford it. Luis says that "it became clear to us that speech therapy was an industry we were passionate about, and decided to compete for Cornell Tech's annual startup award." In the spring of 2017 upon graduation, Luis and David won the award and were given seed funding and free office space for a year at Cornell Tech's new campus on Roosevelt Island.

Powered by the phoneme recognition algorithm that Luis and David developed while graduate students at Cornell Tech, Speech Up provides real-time feedback on pronunciation accuracy and digitizes proven speech therapy methods they created with the help of Speech and Language Pathologists.

Luis says that "a stutter, or any speech disorder, can be an incredible impedance to the development of any child's self-esteem and confidence. The warmth and comfort of the Heschel community was so strong that it allowed me to forget I was a stutterer, and eventually turn stuttering into a source of pride and reason to test the waters of entrepreneurship. In retrospect, I took for granted that luxury during my K-12 years at Heschel -- a luxury I don't think I would have had anywhere else."