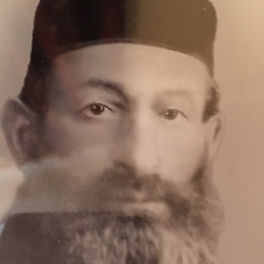 Josef (Yosef) Wolf Sussman, immigrated from Viznitz, Poland to New York City in 1902. He was 36 when he came through Ellis Island, leaving behind his wife and six children after Polish authorities expelled him for providing Jewish inmates of the local prison with siddurim. His plan, to establish a home and butcher shop in New York City, was thwarted however when his wife Yentl refused to move. The Bobover Rebbe summoned him back to Europe and decreed the family relocate to Germany. There they remained until 1938 when a Nazi interview led Yosef's son, Baruch, to flee to the U.S. Yosef, a widower, refused to join them and was eventually deported to the Polish border town of Zabszyn. He made his way to the Kraków Ghetto in 1940. The Ghetto was liquidated in 1942-43.