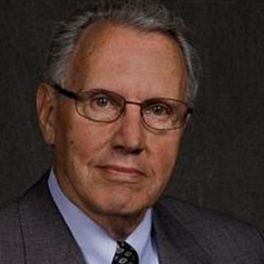 Heschel grandparent Steven Hess is among the youngest remaining Holocaust survivors. Originally named Stefan, he and his twin sister, Marion, were born in Amsterdam on January 14, 1938. Their parents, Charles (born Karl) and Ilse had fled Nazi Germany in 1936, seeking a safer life in Holland. The Nazis invaded the Netherlands in May 1940, however, and began instituting the same anti-Jewish laws they had established in Germany.

Jewish deportation from Holland began in the summer of 1942. While Ilse dedicated herself to protecting the lives of her toddlers, Charles secured a role at the Hollandsche Schouwburg, a theater in the Jewish quarter that had been converted into a detention center. From there, he was not only able to delay the deportation of his own family but to assist countless others.

Ultimately, though, no Jew was safe, and the Hess family was deported in July 1943 to the Dutch transit camp Westerbork. From there, on February 15, 1944, the family of four was loaded onto a transport to the Bergen-Belsen concentration camp. It was Charles and Ilse's 10th anniversary. Their twins had just turned six.

To keep their thoughts secret (and for some entertainment), Steven and Marion spoke to each other in a language of their own creation, which they called "Hoolefloo." During this time, Steven developed a dangerous ear infection that almost cost him his life.

On April 10, 1945, less than a week before British forces would liberate Bergen-Belsen, the Nazis took steps to destroy evidence of their crimes. They loaded their prisoners on to three trains bound for Theresienstadt. The first train was liberated by American troops in the German village of Farsleben; the second reached its destination. The Hess family left on the third train, which would later become known as the "Lost Transport."

With the Nazi command now in disarray, the train rolled aimlessly Eastward, periodically strafed by Allied airplanes unaware of its cargo. On April 23, 1945, the train was liberated by Russian troops in the German town of Tröbitz. Hundreds on the train, weak from starvation and disease, died during the journey. Almost 700 more died in the weeks to come.

After two months, those remaining in Tröbitz were returned by U.S. troops to their nations of origin. In a cruel irony, the Hess family's German heritage made them "suspicious" to the Dutch, and they were sent for two weeks to a series of detention centers, alongside their former Nazi captors.

On New Year's Day 1947, as the RMS Queen Elizabeth steamed into New York Harbor, Charles and Ilse shook Steven and Marion from their slumber so that they might see the Statue of Liberty as the ship sailed under it. The twins celebrated their ninth birthday a few weeks later, and Steven learned his first words of English: "Hershey Bar." Charles, Ilse, Steven and Marion established a new life in Queens, NY. Charles passed away in 1981 and Ilse in 2003.

Steven graduated from Columbia University and joined the United States Navy, seeking to give back to the country that had saved him and his family. After a career in the photographic equipment industry, he is retired and lives in Rochester, NY. Marion lives in Chevy Chase, MD, retired after a career in health care and public policy. The twins speak by phone every day. They generally stick to English, but have been known to throw in a word or two of Hoolefloo.