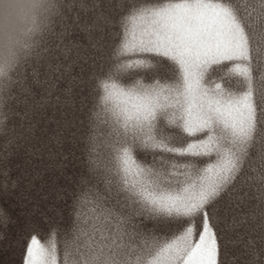 Terry was born in 1924 in shtetl in Czechoslovakia (now the Ukraine). She was in Budapest when World War II broke out. She lost her parents and several siblings in Auschwitz.

She survived by hiding in an attic outside Budapest for six months, where she was ultimately discovered by the Nazis. They transported her to Budapest; she was thrown on to the last train of Jews being transported out of Hungary, headed for Auschwitz. As the train was leaving the station, a guard, saying "it's a shame" (she was a beautiful young girl), threw her off the train. She found her way to Raoul Wallenberg, who gave her papers and a safe house.

After the war, in 1950, Terry, her husband Andy Davidovits, and their two children, Tom and Judy, attempted to escape from Communist Hungary. At the border, Andy was killed and Terry was thrown in jail for nearly three years. Terry remarried in 1954, to Nathan Herskovits, and escaped with Nathan and her two children across the border at the time of the Hungarian Revolution in 1956, finally arriving in the United States in February 1957.