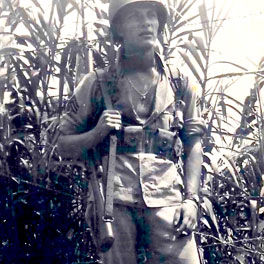 William (Billy) Stewart, a Jewish 17-year-old from the Bronx, tried to enlist after Pearl Harbor was bombed but was turned away due to his age. He enlisted at 18 in the Army Corps of Engineers and served in North Africa, Italy, France, Germany, Austria, and England, rising to the rank of Sergeant. He was particularly close to four of his men, all Irish and somewhat older, who nicknamed him "O'Hara," They called themselves "The Five Irishmen" and, having survived the war, remained lifelong friends.

Using photos and mementos, he meticulously wrote about what he saw and felt, and about the men he served with, creating a very personal perspective on what was, for him, the adventure of a lifetime. This book contains page by page scans of the album he created documenting his experiences as a soldier during World War II.